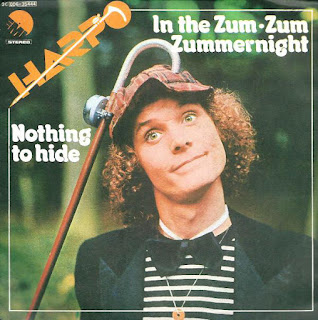 Passaic testing suspended due to flooding...

Posted by George Myers at Thursday, November 21, 2019 No comments:

"In 1896/97 J. B. & J. M. Cornell took over the iron foundry at Cold Spring, N. Y. on the Hudson River. The foundry was known as the West Point Foundry Works. These facilities are discussed in the magazine, The Successful American, Vol. III, No. 4, April 1901, p. 202, which also illustrates the extensive works at this location."

Unfortunately, for some reasons, I have blogged, (speculated) that the Chicago Iron and Bridge Company, still in business today, had been part of the West Point Foundry Historic District, in Cold Spring, NY. I was mistaken and those references have been removed, as historically the Cornell ownership was the "post-classic" period for the foundry, as described in the report:

Since their study there have been a number of books in print and public archaeology about the foundry and iron production in New York. A new exhibit opens today at the Putnam History Museum.

I missed Anthony Burgess' "Creative Writing" class at the university in Buffalo, NY in 1975 or so. It had been rumored he would teach at CUNY in the NY Times Sunday Book Review. I had been there for some new "residential education" and a "Seminar in the Arts" led by Esther Schwartz. Each week a new artist, i.e., Leslie Fiedler, percussionist in the symphony, architect, etc., would come to talk at a student lounge in the new "Governors Complex" (4 quads named after four) designed by I.M. Pei in the initial occupancy of the new Amherst Campus, where later from the Katherine Cornell Theater, in the Ellicott Complex, there for "...about a decade, PBS’s Mark Russell political satire shows were broadcast from this theatre." His piano and humor he had once performed at the Watergate in Washington, D.C. In facebook "Stanley Kubrick"
Posted by George Myers at Monday, June 26, 2017 No comments:

The origin of HIV goes further back...

A purported history of HIV
Posted by George Myers at Thursday, February 26, 2015 No comments:

Daytonian in Manhattan: The Federal Survivor at No. 37 East 7th. Street

While at Grossman & Associates, Inc., (16th St. and Third Ave.) we used to get our AutoCAD updates from here. I think we also leased a wide pen plotter from them.
Posted by George Myers at Saturday, November 22, 2014 No comments:

I'm sure Charles Reich who served as Justice Hugo Black's clerk, when he wrote "The Greening of America" did not mean that they change the color of money and it become focus of ethics in the Supreme Court. I'm also sure that Chief Justice Roberts' wife who is also quite a legal scholar from the street I live on in the Bronx, in NYC, would also hope that the her husband's tenure is not marked by other justice's "shenanigans" leaving the "Roberts" court open to the criticism of cronyism and nepotism that once split apart the former colony of New Hampshire where the retired justice David Souter lives. The Wentworth government was recalled to testify to the King in London and the plaintiff, Peter Livius made a supreme court justice of Canada. After the American Revolution John Wentworth was a governor of Nova Scotia. As we have now a universal code of military justice, we should have a uniform code of ethics for justices, in my opinion.
Read the Article at HuffingtonPost
Posted by George Myers at Friday, August 02, 2013 No comments: Uses infra-red and ultrasonic to measure up to 250' feet. Lists about $130. In the Museum of Modern Art, award for design. Further: Click image